We Brought the Dune: Imperium Board Game to China!

Preorders for the eagerly-awaited Chinese edition of Dune: Imperium opened on March 10th at 8pm, to be released in mid-April. As one of 2021's most exciting prospects in board gaming, it's a game that comes from the hands of American company Dire Wolf Digital; and now, the masterful Chinese localization taken on by iYingdi is finally hitting the shelves, too.

Dune: Imperium is a board game for 1-4 players set in the Dune creative universe. The newest adaptation of the Dune story will be released by Legendary Pictures in 2021, and the game is designed with stylized art from the new motion picture. Frank Herbert penned the original Dune story, and his eldest son Brian worked with Kevin J. Anderson to release a series of novels as prequels to the story. 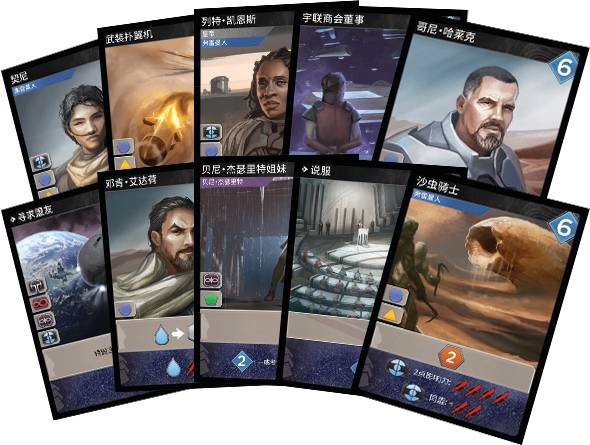 In stark contrast to many other deck-building games, in Dune: Imperium it's often the case that you won't actually play all your cards as soon as your turn rolls around. As each of the players take their turns each round, they may only play a single card and dispatch an Agent. When it's your turn, and you've no Agents you wish to dispatch, that's when you'll take a Reveal turn. As is convention in deck-building games, here you'll be able to reveal all cards in your hand, resolve their effects, and gain currency to acquire new cards (known as Persuasion). In addition, you'll total your strength for the Combat phase of that round. Your strength determines the order players take in that round's Combat phase, and is gained from the number of swords depicted on the cards shown in your Reveal turn.

If you're going to win you must take the Persuasion of each Faction into account as you perfect your strategy, purchase valuable 'The Spice Must Flow' cards to accrue spice, and lead your clan toward a glorious victory! 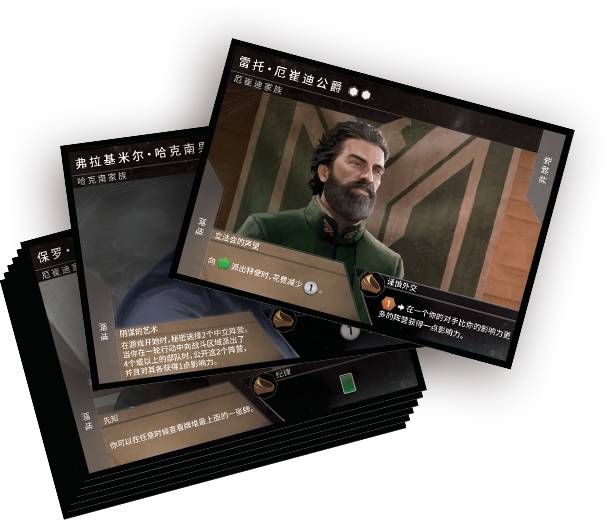